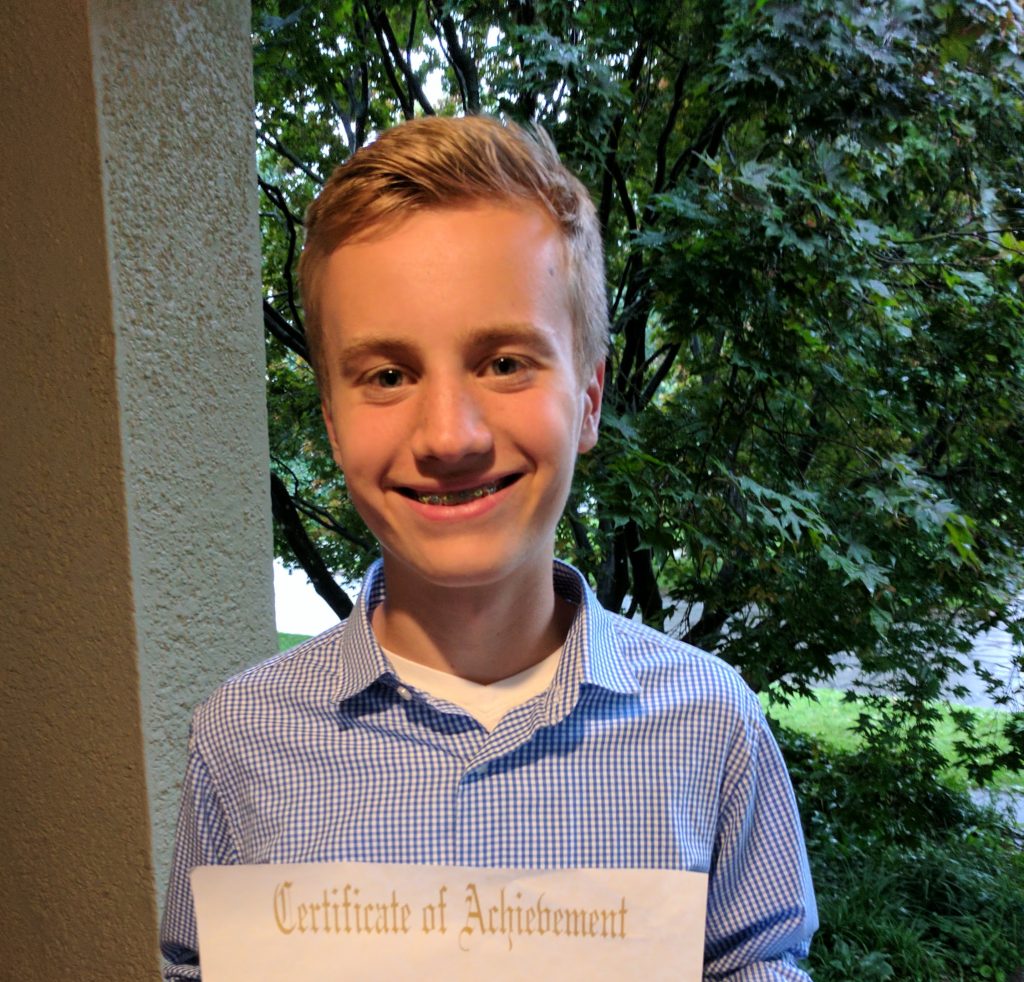 Congratulations to Noah Gettings, Seminar class of 2016. As a freshman at Patrick Henry High School, he just received the Outstanding Achievement Award for Spanish IV. Noah, who also attends the Roanoke Valley Governor’s School for Science and Technology, has studied Spanish since starting at CS as a preschooler. According to his father, Michael, Noah’s current teacher “actually suggested he might skip Spanish V next year and move to AP Spanish instead. We credit his Bolivian trip for learning so much Spanish!”