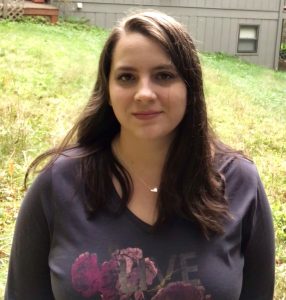 Rain Yancey Hupman (Seminar class of 2003) holds the distinction of being the only CS student to participate in our Bolivian Exchange Program for 4 years. Her CS Spanish classes and exchange experiences led to a passion for the Spanish language that has influenced her perspectives and guided many of her life choices.

“I went to Bolivia four times with the exchange program between the ages of 12 and 16. I learned and experienced a lot and each time gained a new perspective. I became fluent in Spanish, made lifelong friends, and grew as a person. Traveling to a foreign country and living with another family not only taught me a new culture but highlighted things I didn’t know about myself or my own culture…My trips to Bolivia also taught me to be independent, even though Elena and my host family were always there to help if needed. Being fully immersed in Spanish, the things I had learned in the classroom truly came to life and I fell in love with the Spanish language…Most of all, my experience in Bolivia has made me very adaptable to living in different places, understanding people who think differently than me, and enjoying new experiences.”

Following her graduation from Community High School, Rain attended Saint Louis University, Madrid Campus, allowing her to live and study in Spain for 2 years. She then transferred to the University of Mary Washington and finished her B.A. in Spanish there.

Rain has continued to use her Spanish skills both at work and in her daily life. She interned as an interpreter with the Fredericksburg City Police, riding with officers to translate on the scene and sitting with dispatch to translate incoming calls, and at Rappahannock Legal Services translating affidavits and preparing immigration cases for domestic violence victims. She worked for Rosetta Stone where she spoke directly with and hosted live webinars for Spanish-speaking customers, as well as starting a quality assurance program for the Spanish portion of the call center.

A recent move has Rain and her husband on a new adventure living in Highland County. She is currently working for the U.S. Postal Service where she continues to use her Spanish language skills on the job. She seeks out ways to use her knowledge to help others in the community, such as interpreting for a family at the local school and giving presentations on Spanish-speaking countries to preschool classes. If an opportunity to use her Spanish arises, Rain is definitely interested.